A few years ago, a random older woman in a store told Matty and I we were very wealthy. As I straightened up and checked out my outfit to see if I had my fancy jorts on, she clarified that she meant our two beautiful, healthy kids. I’d like to say I never forgot her words, but in truth, I was only reminded by today’s Timehop. The old, meddlesome lady was right though, we are very wealthy in family and friends.

This past weekend was no exception; we went to visit our beloved friend Staci at her new vacation home in Woodstock, NY. The icing on the fantastic cake that is Staci is that she just got a brand new schnoodle (shnauzer-poodle) puppy, named Cletus. Cletus is the Cutest Puppy In The World and we fell in love with him. 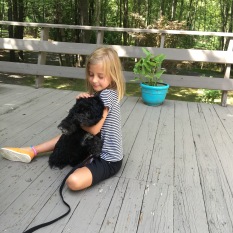 First, Staci took us to an awesome swimming hole called the Big Deep. First of all, when do you get to go to a swimming hole? Secondly, how cool is that name? We collected river rocks, bathed in the Fountain of Youth, and I executed a zero-splash entry jump. 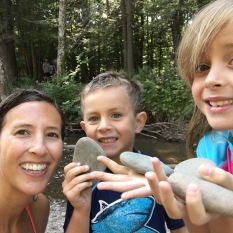 Cletus tired himself out digging an old-fashioned hole and generally being adorable. 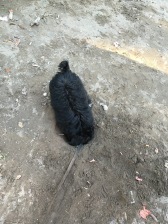 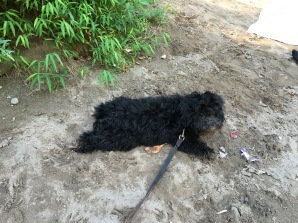 Other Leisure Day Weekend activities included George performing Uptown Funk (“Hot Mess”) for Staci, hiking through a postcard, Matty attempting to teach the kids (and me) how to skip rocks, window shopping in the adorable downtown and hammock time with my best girl. (Click on the photos to make them bigger.) 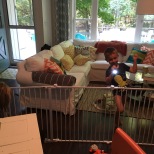 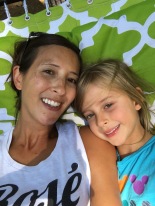 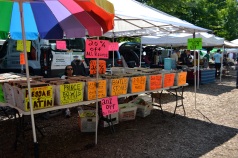 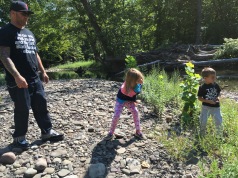 Staci even threw us a Leisure Day BBQ, complete with special guests, David and Trip, the couple she bought her house from. David made these pies! I made jalapeno margaritas! Staci made everything else, including a watermelon salad served in its own rind, which blew Hazy and George’s minds. 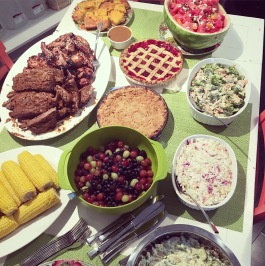 At the BBQ, the kids had an epic dance party with their new friend, Jack. They danced to Can’t Stop The Feeling, Uptown Funk (“Hot Mess”), and Fight Song. It’s hard to pick their best album cover. 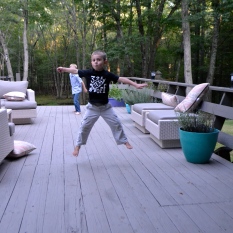 It wouldn’t be a complete Leisure Weekend without some lawn sports, so we played some Bocce and badminton. If they awarded badminton points for game faces, George and I would’ve smoked the competition. 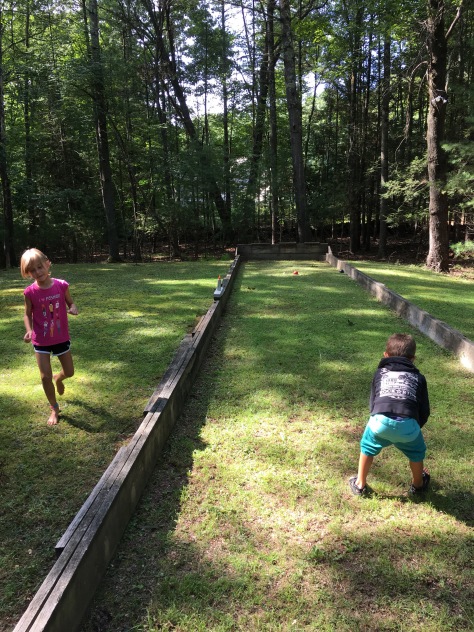 Unfortunately, Matty’s partner went to tennis camp this summer and mine was more interested in eating stone fruits.

The kids especially enjoyed playing with Staci. Their top game was Tag, which involved tagging Staci and then calling everything and everyone base so she could never tag them back. This old-school Staying Alive marble game, where they teamed up against her every time, was a close second.

Thank you for our first (hopefully of many) Leisure Day Weekend, Staci! We love you, your sweet puppy, and your lovely house*.

*Well, as you know, George doesn’t love it, since he outright told you, “I don’t like your house.” We apologize for his uncouthness.